When I Was Ten I Shot These Tornado Photos

I  spent many summers growing up visiting family in Arvada, Colorado. Not sure if it was supposed to be a vacation for me or for my mom at the time, but I enjoyed it either way. Plus getting out of Detroit’s sweltering, humid summers was welcomed. Swimming, putt-putt, star gazing, camping, playing Risk or Monopoly for hours on end (because it always took that long to complete a game)… my aunt and uncle did a fantastic job of keeping my cousins and I busy and out of trouble. It was a great time.

Some things that still stand out to me are driving past the Jolly Rancher factory and being able to smell from the street what flavor they were making; trying to ride my bike up to the top of the Ward Road hill without getting off and pushing it the rest of the way; my cousin (a toddler at the time) that had gone missing in the middle of the day and my aunt and neighbors frantically searching the nearby park pond fearing the worst… he was found sleeping in his bed buried under an avalanche of sweaty blankets; watching Night of The Living Dead for the first time, by myself at midnight.

The pinnacle of 10 year old me’s 1988 summer was a visit to the original Elitch Gardens in Denver. Mister Twister was the first rollercoaster I ever rode on. A piece of my Hubba Bubba was strategically placed on the Gum Tree in line at the log ride. They had a flea circus, high-divers, armadillo races, bumper cars, and the scariest ride in the park… the ferris wheel (really).

A couple Christmas’ before the Denver trip, Santa left the Fisher-Price/Kodak 110 camera under the tree. I brought it with me everywhere and took photos whenever I could afford to buy film and get it developed. I took photos of my dog, kids at school, holidays.The fact of the matter is that the camera (and I) took pretty awful photos, but hey it is a kid’s camera after all. Here’s a commercial for the camera from the 80’s:

When we visited Elitch’s that unusually humid summer day, I was carrying my Fisher-Price camera when I wanted to ride the small ferris wheel on our way out of the park. My two cousins and aunt decided not to go on with me, so I rode alone. After a couple complete rotations it was time for the ride operator to unload the cars. Now, at this point I’m sure he already knew something was happening and didn’t want to panic anyone, but even rocking back and forth at the top of the wheel I was oblivious to what was happening around me until someone in a car behind me said, “Look a tornado!” In the distance to my left was a black triangle forming in the sky. Then the same voice said, “There’s another one!”. Staring almost straight ahead of me in the distance was a giant white funnel lumbering down to what looked like was right behind, ironically Mister Twister.

Panic crept in. “GET ME DOWN!” I screamed down to the operator. I’m sure his thoughts were something along the lines of, “No shit. But if that tornado gets any closer, you’re going to be stuck on this ferris wheel. Sorry.” Once I was down, my aunt hurried us out of the park to the parking lot and I felt suddenly (stupidly?) calm and wanted to stay longer. Being an adult, she wisely thought that wouldn’t be a good idea, but before jumping in our car she allowed me to snap these two photos of the twister. 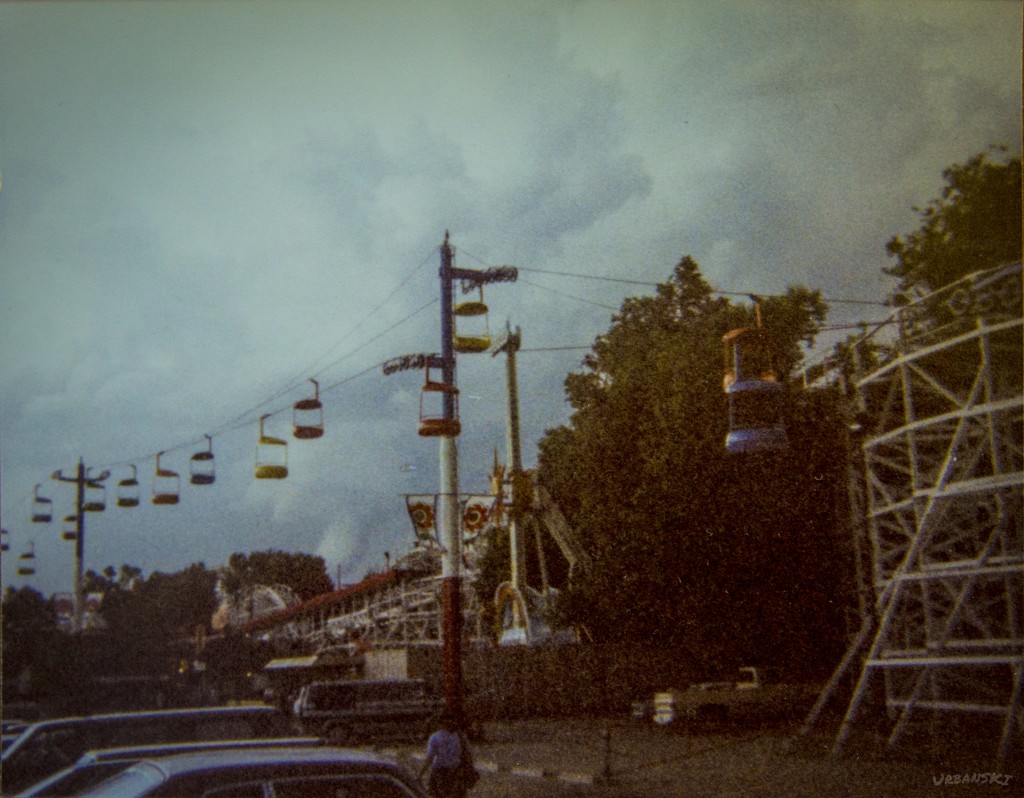 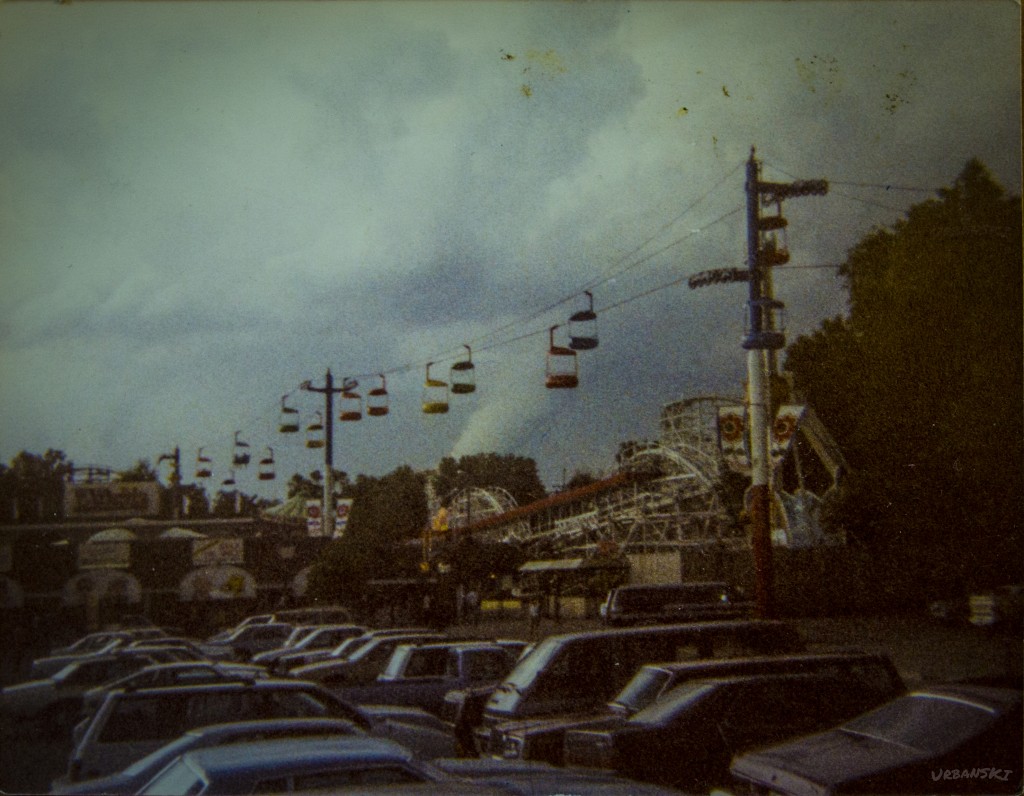 The news reported 6 different tornados dropping down that day on June 15, 1988. I saw two of them from that ferris wheel. The two photos I snapped I think are of the F2. There was an F3 that did most structural damage to the city though. Here’s a great video from Channel 4 News.

Now, everyone has some sort of camera with them at all times since every modern phone has one installed. While the shots I took aren’t anything spectacular, it taught me a lesson to  always carry a camera with me. Don’t count on your cellphone though. Get yourself a real camera. By the time it takes you to fumble around unlocking your phone, looking for the camera app and capturing the moment, you may have already missed your shot.